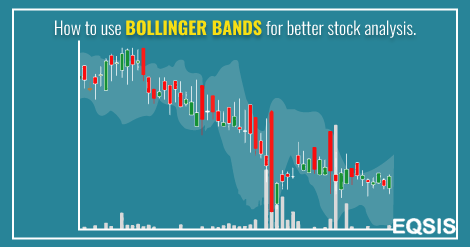 Bollinger Band is a range bound indicator. Bollinger band was introduced by Mr. John Bollinger at 1980. It is one of the most widely used indicators known for its satirical approach.

Average= sum of the value /number of values.

Taking it into stock market terms we can say,

Average= sum of the price/time interval.

In the next day if the stock moves one more point then what will be the MA? We already have noted time frame as 5 so the value of last five candles are considered including the newer value,

The next day if the price moving one more point then it will be,

Since the average is moving from point to point depending on the price movement it is called as a moving average. 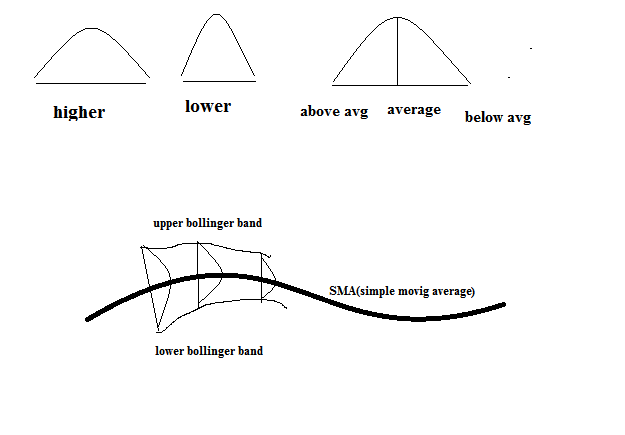 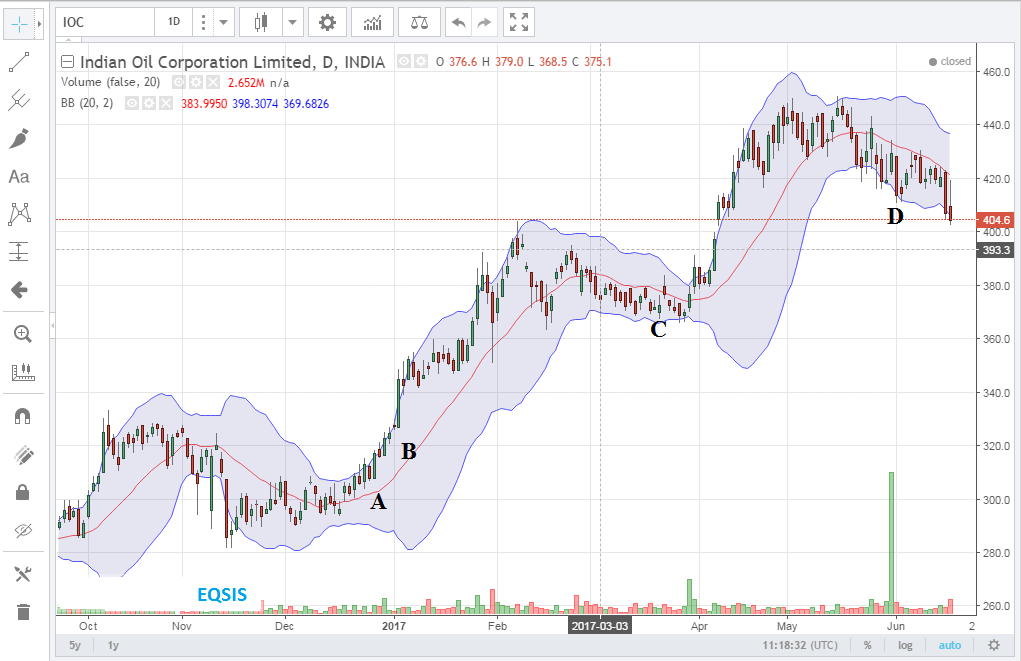 A= (increase in volatility) both upper and lower band is moving away.

D = (indicating the change of trend) the price had crossed the moving average and the price within the average and a band (showing strength in the trend). 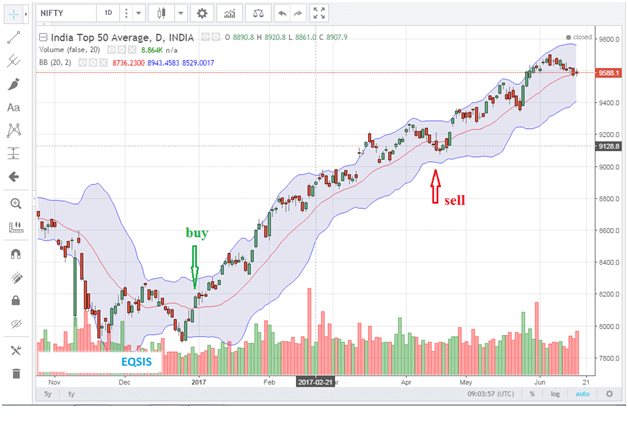 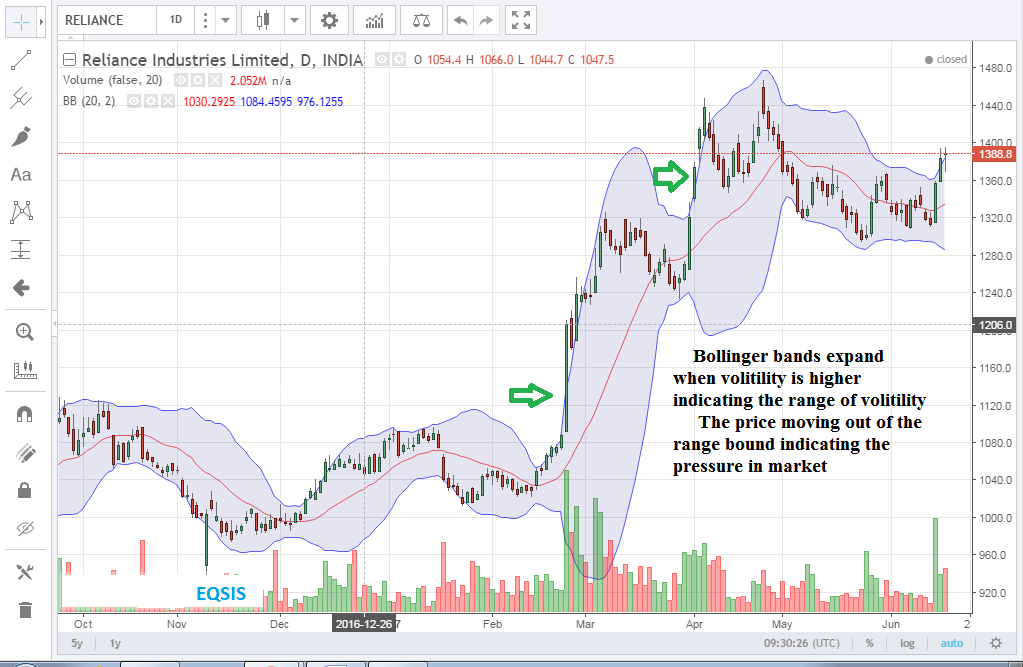 It is said as Bollinger squeeze when the price is moving inside a closer range bound and both the upper and lower Bollinger band will be trailing very near to the SMA. Always Bollinger band squeeze is followed by a breakout movement or can be said as volatility will be increased. Traders usually exit trades when the Bollinger squeezes it is why because the trend can change after a squeeze. 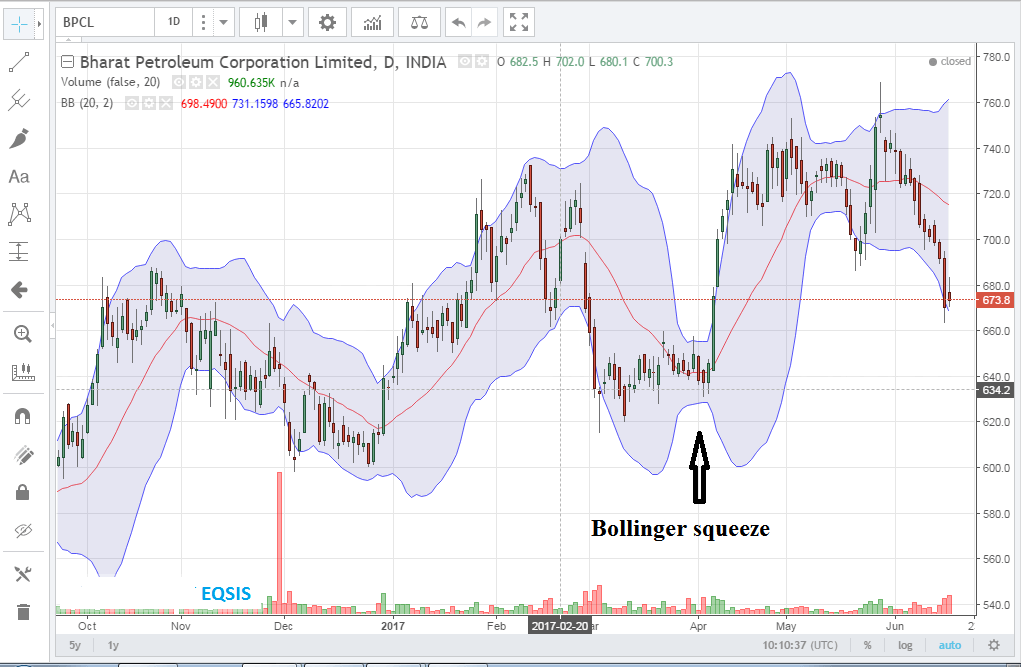 Bollinger bounce is a condition observed mostly when the price moves in a consolidation within a range bound. Traders usually will create a short position near to the upper Bollinger and a long position when the price is bouncing near the lower Bollinger band. This is one of the profitable strategies in a consolidating market since most of the time prices move within its range. 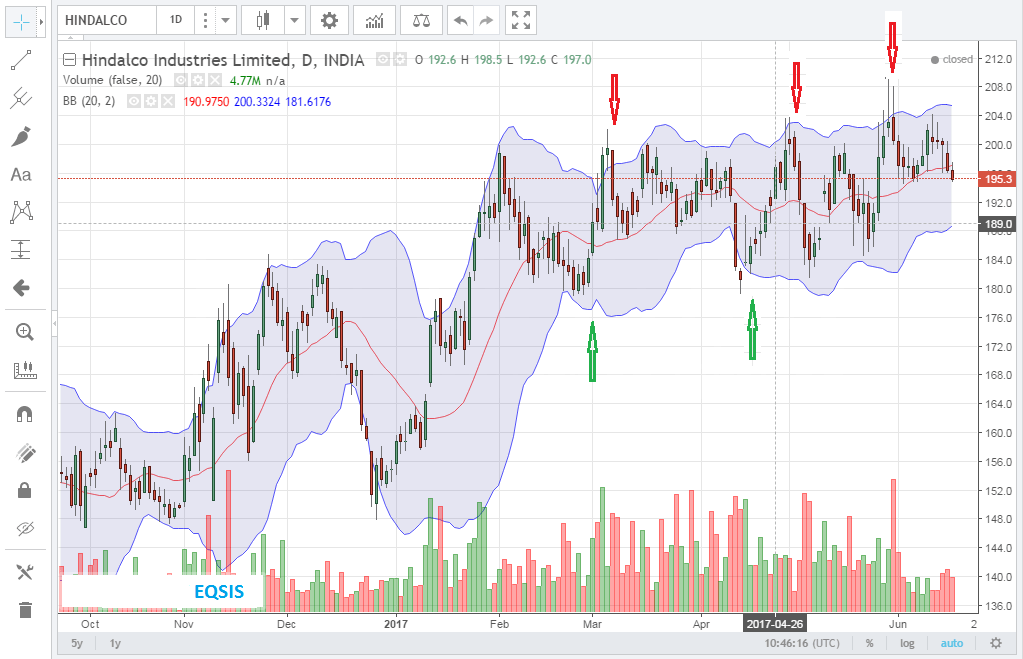 Bollinger band is one such indicator which indicates the zone where the price is prevailing. It is one of the most widely used indicators.

Indicators need historical data and the data should be consistent. Intraday charts are not that consistent when compared to positional charts. Although traders are using Bollinger band for intraday. The author Mr. John Bollinger has recommended using 20 days time interval.

Bollinger band is one such indicator which is used to differentiate the sideways from trending. The trading style using Bollinger band itself differs based on the behavior of the band.

Comment your views below. Feel free to contribute your points.

3 reasons why people are scared to trade in stock market

3 reasons why people are scared to trade in stock market. We see many people talk about stock...

END_OF_DOCUMENT_TOKEN_TO_BE_REPLACED

The below table helps you to find the number of trading session in every month / contract expiry...

END_OF_DOCUMENT_TOKEN_TO_BE_REPLACED

Here is the list of NSE Trading holidays in India for 2017 Month Date Day Holiday January...