The menace of parallel economy taking hold of India 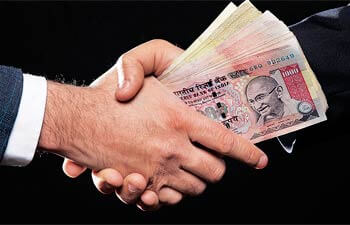 The menace of Parallel Economy taking hold of India

You have often heard the term Swiss bank accounts widely associated with many politicians. Have you ever thought what all this fuzz is about? And why print and electronic media creates such hype around these infamous accounts? Well, let us today have a look into the matter, because we all have a right to know where our money comes from and goes as well.

The term black money which is associated with parallel money is the money which is unregistered and hence, free of tax. As we all know, there is a huge amount of tax on large properties and account that is where the parallel economy plays the deciding factor in the game. According to a recent report, India is the 5th largest exporter of Black money in the world. Also, the percentage of black money in the market is larger than ever.

The Impact of Parallel economy

The Impact of Parallel economy is far reaching. It has deep roots in the economy of the Nation and is constantly affecting the Nation’s economy. It has the following impacts:

One best example is China products which can’t be just dumped into Europe and US markets. But can be done in Indian and African markets.

How to encounter parallel economy

There are various forms of parallel economy. Let us go through the ways to encounter them all.

In order to control the underground economy which is infecting the country like a virus, following could be the ideal solutions to the prevailing problems.

The underground economy is a cancer to any nation. So, naturally strict action should be taken against those found guilty. A proper committee should be set up which holds accountability of each influential person, from corrupt politician to government official in various departments. This should be the ideal way to combat the parallel economy.

According to a recent study, education has a direct impact with the extremist behavior of a terrorist. So in order to overcome the ratio of criminal activities, the literacy rate should be increased. The education system needs to be improved to offer skill sets and employability among younger generation so that they are not forced to opt for paths which will lead not only destroy their own lives but, many along with them.

Now, this type of economy can be controlled by the following:

It is a good option if you look at it from the government perspective. Banking system will provide a transparency in all transactions, and hence, a fair account of the monetary flow could be managed. But, as said it should be motivated instead of forced. This has to be handled in a phased manner; people should be guided towards using banking system as a healthy alternative to the conventional transaction system, contributing indirect economic benefits such as employment. 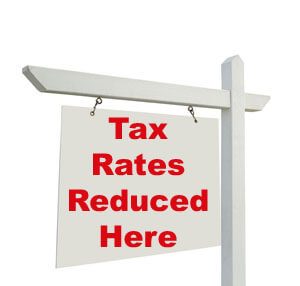 In a country like India, estimates say that that informal economy is larger than formal economy. One of the serious consequences of informal economy is that it is difficult to quantify. Taking up effective measures such as Affordable tax rates would encourage business to have transparent account systems. The online transaction charges, excise duties and other indirect tax rates have to be revised.

The Individual can be offered tax exemptions for their expense made through online mode.

The real estate registration fees and other duties have to be reduced to motivate buyers to transact through banks. The digitalization of real estate would reduce counter party risk, prevent fraudulent activity and remove benami from the system.

Are We Prepared For these Outcomes?

According to the recent developments, Prime Minister has taken up a Bold Move to combat parallel economy menace. But, there are however, few concerns over its consequences.

Find this article useful? kindly do share with friends and comment with the solutions to dealing with the menace of black money and parallel economy, your suggestions are valued and may bring end to the chaos we are currently facing in form of parallel economy.