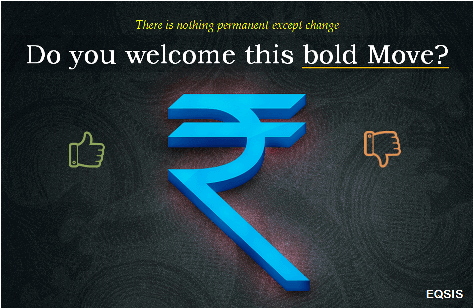 In a surprise announcement held just recently, Prime Minister NarendaModi stated that India will replace its biggest denomination currency notes with afresh designed ones. This move aims to prevent counterfeiters, limit corruption, and rake up what might be billions of taxable profits currently hidden within the underground economy.

How it benefits Indian civilizations? Are there side effects? How does it affect the hawala brokers, black money holder, wholesale traders, corrupt government officials, politicians and cash intensive business?

These are some of the major questions that many people look for definite answers.

“Government Abolishes 500 and 1,000 Indian Rupee Notes” – this is the news you could see and hear across the incredible land of India. At an evening press conference, Prime Minister NarendaModi officially announced that both Rs 500 and Rs 1000 Indian Rupee notes would be ceased. It will be replaced with newly designed ones. But, these bills can still be redeemed at post offices and banks until December 30.

Why was this decision taken?

Black money is the main reason why Rs 500 and Rs 1000 notes were banned. It is said that unaccounted money is often used in all forms of illegal deals or corruption, normally takes the system of high value notes. During his speech, the Prime Minister indicated that these big value notes were used to fund terrorism and finance corruption.

In addition to restricting corruption and precluding counterfeits, Indian societies can also benefit from this new currency note replacement.

What are the Side effects?

But of course, there are also side effects.

How does it affect the people, businesses and government officials of Indian?

Though the decision is in support of the entire country, it could potentially affect businesses and individuals who accept or use cash only. For instance, your cash transaction is consists of Rs 500 and Rs 1000 Indian Rupee notes won’t be accepted. Hence for a short term this could have a negative impact on people and the Indian economy could get subvert for a moment or two.

I would greatly appreciate it if you kindly give me some feedback on this article. We welcomes your thoughts and comments. Use the below comment section to interact with us.