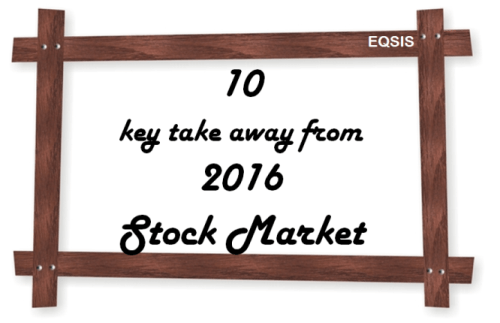 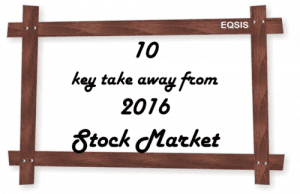 The year 2016 was expected to be neutral to negative by most of the global players during the last phase of the 2015. This was largely due the 8 year cycle which triggers the corrective pattern in Indian markets. Meanwhile global investors were expressing the concerns over European Union (Greece and British exit). But for Indian markets it was proven to be neutral with shades of positive and negative. But the global markets managed to post smart gains.

Here are the major events across the globe that affected the Indian markets during 2016.

Going forward, we could see some uncertainty over the implication of demonetization. Meanwhile to reduce the pressure among public and small scale business, government may come up with popular budget. The talk over demonetization has extended the implementation phases of GST; this could be seen as negative.

“Bull markets are born on pessimism, grown on skepticism, matures on optimism and die on euphoria”