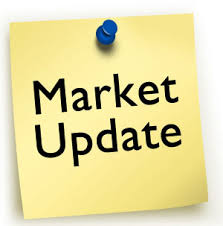 BANKBARODA declined by 2.76% and finished at Rs. 117.95. Meanwhile it recorded a considerable fall in last five session. It is the most active stock. Derivative traders were aggressive in adding short positions. Open interest increased by 5.19 %. It is steadily scaling down for 3 days. It is trading inside the trading range. The Support is seen around 105 and resistance is seen around 142.

RELCAPITAL plunged by 8.25% and ended at Rs.91.7. At the same time it registered a considerable loss on the weekly basis. Trading volume hiked by 139 percent at last session. But majority of them are intraday trades. There could be bearish breakout. It is continuously sliding for3 days. It is trading below its recent support zone. The Near term resistance is seen around 140.

YESBANK declined by 2.86% and closed at Rs.135.9. Also it secured a remarkable weakness in last five session. Trading volume inflated by 37 percent. Yet largely the volumes are settled intraday. It is continuously breaking low for 3 days. Currently it is trading around the lower range of its price band. The crucial support zone is around 135.

DISHTV plunged by 5.13% and settled at Rs.26.8. Meanwhile it secured a considerable weakness on the weekly basis. Trading volume rose by 51 percent on 10 June 2019. But numerous trades were settled intraday. It signals negative breakout. It is trading below its recent support zone. The Near term resistance is seen around 34.

RELINFRA plunged by 13.39% and closed at Rs.64.05. Trading volume inflated by 167 percent at last trading day. Yet majority of them are intraday trades. It is likely to witness bearish trend. It is regularly breaking low for 8 days. It is trading below its recent support zone. The Near term resistance is seen around 124.

BATAINDIA strengthen by 3.02% and to close at Rs.1420.75. Trading volume increased by 45 percent on Monday. Derivative traders were aggressive in adding long positions. Open interest gained by 22.36 %. This stock is currently settled above the recent resistance zone. We see short term support around 1306.

STAR gained by 3.68% and closed at Rs.429.1. Trading volume spiked by 34 percent on 10 June 2019. However majority of them are intraday in nature. It is trading inside the trading range. The Support is seen around 406 and resistance is seen around 464.

DHFL surged by 7.5% and settled at Rs.89.55. Trading volume inflated by 52 percent at last session. Yet numerous trades were settled intraday. It is trading below its recent support zone. The Near term resistance is seen around 127.

The 50-scrip benchmark index climbed 52 points to close at 11,922 on Monday. India’s benchmark index nifty trimmed early gains to close marginally higher as buying frenzy led to sharp gains in IT, consumer goods and pharma stocks amid easing global trade war concerns after the US dropped plans to impose tariffs on Mexico.

Nifty is trading up by 42 points at 11,913 on Monday. Indian benchmark index nifty retreated from day’s high as financials, oil marketing companies traded under pressure. On the sectoral front, indices trading in the green are IT, FMCG, Auto, Metal, Infra and Pharma. In declining indices, PSU bank and Media tops the list, followed by Financial services, Energy, Bank and Realty.

Morning Update: Nifty Above 11,950 Mark Amid Buying Across Sectors

The broader NSE Nifty crossed the 11,950 level at 11,955 up 85 points. The Indian benchmark index nifty were trading on a positive cue on Monday, mirroring gains in global markets. All the 11-sectoral indices compiled on NSE opened positive with Nifty IT taking the pole position rising 1.54 percent.

The market breadth was tilted in favour of buyers. About 928 stocks advanced and 666 shares declined on National Stock Exchange.