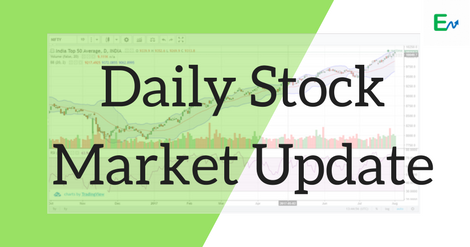 RBI rate cuts added volatility in the market: Nifty ends in bearish sentiment. Nifty opened with a meager gap and was trading cautiously owing to the expectation of RBI rate cut. The pre market and mid market sessions were choppy as a result of caution and but the post market session gained bearish momentum which pulled the market down by 37 points. The daily charts trend seems to be bull driven and more over volume is noted in a number of bullish heavy weight in NSE so we consider today’s post market rally as a time taken to digest the new. The nearest support falls near 9900 level. Nifty can be considered bullish above the support level.

ENERGY is the only sector which showed itself in green by holding on to its gains, others sectors in NSE slipped down, bleeding in red. FMCG, PHARMA, IT sectors are among the top losers among the sectors.