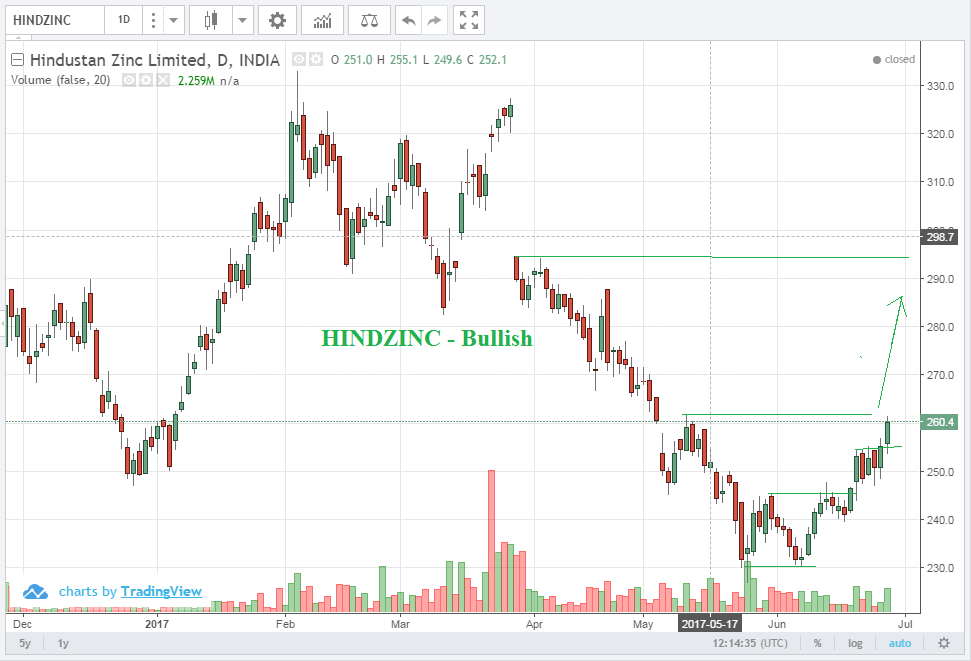 The global market in bear sentiment; Nifty below support zone (9540-9500). Indian benchmark Nifty was trailing in the bullish zone since January 2017.This month Nifty had a sideways movement than directional but for the past few trading session, Nifty witnessed a loss of momentum and an initial stage of weakness. Today Nifty opened normally with a bullish bias in the early trades; later in mid-session of the market, bears took control dragging the price below the major support zone 9540-9500. Technical indicators confirm the trend reversal in the price movement. Since it is the early stage of trend reversal traders are recommended to be with stop loss and trend specific.

The sectors of the NSE rallied today with the mixed sentiment.

TECHM, YES BANK, AMBUJACEM, TATASTEEL, VEDL are the gainers of the day whereas RELIANCE, ASIANPAINTS, HDFC, ZEEL ONGC are the losers of the day. Among these stocks VEDL, ASIANPAINT, YESBANK, TATASTEEL showed up with unusual volumes.

Comment your views below to make this market update even better.